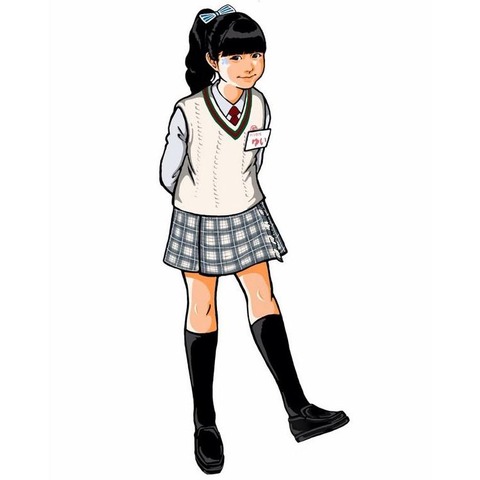 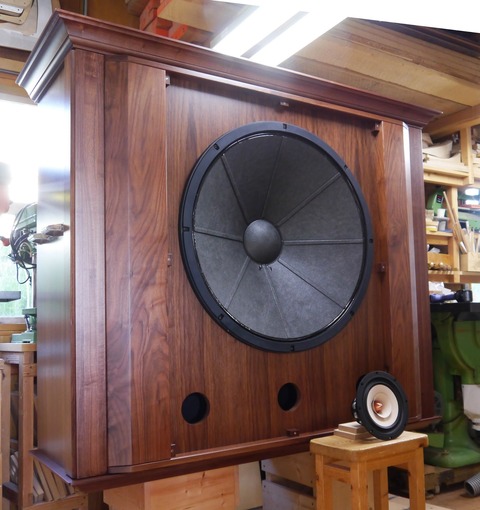 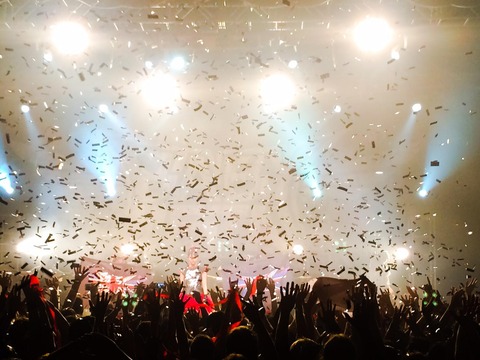 The Queue,2000 km and the Barrier Experience. (Different hard-fan perspective)

Firstly I'd like to apologise for any mistakes and errors in this text. I haven't slept since the concert and most of this was written on an iPhone at Stansted airport.

I'd like to offer you another perspective of the concert. You all know how the concert look and how awesome it was. So i'd like to say few thing that were not captured on camera. Or maybe just my experiences.

Last day was nuts. The title describes it perfectly. I travelled 2000 km to London from Slovakia, with 2 of my friends, mostly just for the gig. As an experienced queuer I came early - around 8am, which was 12 hours of waiting alltogether. Me and my friend brought 2 big cardboard boxes from Tesco, which I later used for the infamous 'Put your fucking Kitsune up!' banner which was constantly on the ground, and was captured in the metalhammer magazine.

Not long after I asked people in front of me if they would like to tag their hand with a number, so they could leave during the day. I have to say that the fans that got there early were very pleasant and kind. The group of japanese people didnt speak that much English, but we shared the same passion and that was all that mattered to us. Also i'd like to point out they were extremely nice, respectful, polite, more then other people that i'm used to. But not just the japanese of course. It was so awesome to see people from around the world comming. By 10'am they were people from Japan, Hong Kong, All over England, Denmark and us from Slovakia. As the time went by the nationalities expanded of course - french, dutch, german, whole scandinavia, etc etc.

And the day went on. People were turning up and whenever they came i put number on their hand. I got this idea from a girl who was doing at Muse gigs and it worked pretty well. And i have to say big thanks to the security guy for showing us - early queuers, great respect when he tried to manage people wouldnt cut in line. This doesnt happen very much on any concerts.

After a while the nice japanese lady started handing to people colourful papers with colorpens, so they could write their messeges to Babymetal. Im not sure how did she wanted to pass it to them , but i hope with all my heart they got it.

At noon there were already like 70 people, maybe even more. I have to say i lost precise track after 30 because there were some people queuing who felt like it was useless and they were quite arrogant about it. So i stopped caring and I didnt write numbers after 30, but after some time I started to notice people passing by with high numbers on their hands, like 79 or 55. I was really surprised and glad to see that people continued in this system by themselves.They even continued the whole time and the counting stopped on 160 i believe, which is amazing. The queue was spreading down the street and on another street there. I was very glad to see that 95% of people who came later were still going to the end of the line. Of course there were some people who cut in line, which is sad really, and disrespectful to us who came there hours before them. But theres no way of preventing that, so theres no point of being angered by it.

At some point the we heard the sound and ran to rear entrence. Either they were rehearsing or the sound sounboard was being tested. But when I was happily nodding to the tune of rehearsed Iine!, I noticed Dana standing right in front of me smoking a cig. There was a circle formed and people kinda talked to each other, with dana and other staff included. I felt, it would be kinda awkard to ask someone to take a picture of me and Dana so I just took a pic of her standing there instead. Nobody around seemed to recognised her so it would be even more awkward for me. :D Which was completely wrong, because when I left the circle back to my cardboard seat there were people grouping around her taking pictures with her.

The queue wasnt boring as usual though. It seems fair to say that very nice group of people got together. There were alot of dancing, sing along, passionate talking etc. It was so awesome to see so much different people get together and understanding each other even while it would be very unlikely for them anywhere else.

I could say much about the weather. Im not used to it all :D While i was trying to shelter myself in front of rain the queue I somehow managed to get sunburned all over my face. So there were ups and downs :D. The rain wasnt that bad though, only some showers during the day. Nothing people couldnt manage.

The media also came by. I got interviewed by the Bbc one radio and there were some other media people too, mostly from magazines.

I was very surprised to see that the great majority of the queue were wearing tons of babymetal merch. Considering how expensive its online and what kind of merch it was im sure that most of these people already had been on their gigs. I wasnt aware of the dedication and devotion of their hard core fans. Traveling all the way from japan. All kinds of different ages. Mental.

As the door opening time got closer, more weird looking people showed up. And i dont mean in it in any bad way. i've seen cosplayers, metalheads, deffinitive jpop fans, spiderman + superman onesies and even people dressed all baroque. It was all very random.

At 18:45 they let us in. There were like 6 people in the line before me that cut it and refused to back even though they arrived 15 before. But hey! No need to anger myself again. Theres nothing you can do right ? The check of tickets was quite smooth. I didnt have any problems except the occasional 'dont run' shout. Me and my friend managed to get spot at the barrier. I was happy to see all of the people who i queued with earlier made it there too.

There were 2 girls just next to me on the barrier who looked like 13. Im sure they were for free there because of some connections. There was this big guy with long hair and big beard who was the manager of forum or somth like that couldnt stop talking to security guys about the special 'security' treatment the girls HAVE to recieve. Im quite sure he was theirr father or even grandfather. The girls got coke instead of water, some snack. And basically there were just objects blocking the view and barrier from the real fans behind them who werent so lucky. And the girls of course didnt even know the band. Maybe they did know of them band. But i havent noticed once that they would sing anything.

And after an hour of looking around myself, complimenting the venue, and headbanging to some entershikari from the speaker, the glaxay intro started, 3 girls with a band appeared and i was in heaven.

You obviously know the rest. The performance was epic, the girls are even better than i expected. Kami band is perfect. And Boh is a God (which even means 'god' in my language).

The girls next to me gave up during the first song and security had to pull them out. I got pushed so hard to the barrier my ribs got almost fractured. Theres a big bruise on my chest, but i didnt mind it al all. I kept on dancing, singing and moshing. Even the cameraguy was so pleased with me so much that the camera was next to my face every 10 seconds.

And the rest is usual probably. I dont have to tell you how spectacular the concert was. Akumo no rondo and akatsuki were just another level. The girls are very proffesional. The things they do on stage, is just abnormal and breathtaking. And they even started to interact with crowd. Im sure they all have seen me and even winked me. Moa too but especially Yui for some reason. And i was trying to get the attention of Su. But since shes singing all the time I only got few nod or smiles when she saw as i was singing my lungs out with her.

As i said earlier the crowd was rough. Very very much. Which i dont mind. I like mosh pits. So for the encore i gave up my awesome place and moved to the mosh. Which was amazing. And at the part of headbangya where yui and moa prey on their knees to su, somehow in the middle of crowd people did like an open circle for wall of death and then one guy went to the middle and started praying too. So i joined him and soon tons of people. Ive never been praying on a gig before. It mustve looked amazing from the balcony.

And for Ijime everything went batshit crazy. There was one of the biggest wall of deaths ive ever seen and im glad the people in the middle prevented the wall to crash before the real breakdown, not on the start of the guitars but with Su's almighty voice.

And that was that. I took some confetti. Rushed to merch stand to get the t-shirt and waited for my friends outside. The nice thing was, I met tons of new-made friends I met during the day. We hugged, wished each other farewell and we went to our friends place.

Now the fucking MOST EPIC SHIT. Not even 30 minutes after a gig, we were walking through the park and I saw some movement like 10 meters away. Some animal, I thought. It come from the bushes and from the distance it looked like a stray dog. So I said to my friends 'how fucking crazy would it be if it was a fox? :D haha' And we got closer. And we started to realise that the animal isnt stray dog at all. It was a FUCKING KITSUNE ! A FUCKING F O X. 15 minutes after Babymetal concert.

So yeah I'm still hyped. I already have PGDS (post gig depression syndrome). And I wanna get back in time and I wanna see the concert again. But i won't :( I can only hope that they will get even bigger and bigger and in a few years they could headline tons of festivals, so I could go and follow them wherever they go.

This was one of most epic, amazing concerts I've ever been to. I love every second of it. Hope you guys enjoyed my bit.

PS: Akumo no Rondo and Akatsuki were sooooo fucking amazing. I'm still aching from them.

PSS: I have also pictures, but I will upload them when I get some sleep :)